Lucia, worried about the worsening of the disease that had struck her mother, a hemorrhage considered incurable, suggested a pilgrimage to the tomb of the martyr Saint Agatha, in Catania, because the fame of the glorious saint had spread everywhere thanks to the miracles she performed. operated; in her heart Lucia di lei was certain that she too would have benefited her dear mother.

Eutichia accepted Lucia's exhortation full of hope and so they decided to leave on a pilgrimage to reach Catania, where they arrived on the day of the feast of Saint Agatha: it was February 5, 301. During the celebration they heard the passage from the Gospel of Matthew concerning the story of the woman who suffered from a hemorrhage and was healed for having touched the mantle of Jesus. Lucia, enlightened, proposed to her mother that she touch the tomb of Saint Agatha, convinced of the Saint's powerful intercession.

While Eutichia was touching the sepulchre, St. Agatha appeared in a vision to Lucia who told her "Lucia, my sister, why are you asking me what you yourself can obtain for your mother? Behold, your mother is already healed by your faith".Lucia said to her mother: "Through the intercession of St. Agatha, Jesus healed you” and, thinking that this was the right time, she revealed to her mother her intention to consecrate herself to Jesus, and to donate her rich wedding dowry to the poor: Eutichia consented even if forced.

A young pagan from his city, in love with Lucia, disappointed by the failure to marry, as Lucia had explained to her that she had consecrated herself to Jesus, took revenge angrily, denouncing her, as a follower of Christ, to the terrible Roman prefect Pascasio. Emperor Diocletian had issued an edict which called for a ferocious repression against Christians.

Lucia firm as a rock

Lucia was arrested and brought before the prefect Pascasio, who ordered her to make sacrifices to the pagan gods to renounce her Christian faith, but Lucia opposed a firm refusal. Pascasio realized that he would not get anything out of her and so he ordered that the girl be taken to the worst slums of the city to be used with violence. Her soldiers grabbed her to take her away, but, although she was tied hand and foot and pulled by 6 men and 6 oxen, they could not move her; inexplicably, Lucia remained firm as a rock.

Pascasio thought that this prodigy was the work of magic and, furious, ordered that she be treated like a witch: she was then sprinkled with resin and pitch and set on fire but the flames did not burn her. Lucia said to Pascasio: “Ho pregato il mio Signore Gesù Cristo affinché questo fuoco non mi molestasse per dare ai credenti il coraggio del martirio…"

Furious Pascasio condemned her to beheading. Lucia, before her execution, announced the death of Diocletian, which occurred after a few years, and the end of the persecutions, which ended in 313 AD with the edict of Constantine.

Lucia was killed on December 13, 304 and was buried in the same place where a sanctuary dedicated to her was built in 313.

In 1039 the Byzantine general Giorgio Maniace transferred the body of S. Lucia from Syracuse to Constantinople, to save her from the danger of invasion of the city of Syracuse by the Saracens.

In 1204, during the fourth crusade, the Doge of Venice, Enrico Dandolo, found the remains of the Saint in Constantinople, brought them to Venice to the monastery of San Giorgio and in 1280 had them transferred to the church dedicated to her in Venice.

The sacred remains of the Syracusan saint exceptionally returned to Syracuse for 7 days in December 2004 on the occasion of the 17th centenary of her martyrdom; the arrival and departure of the remains were greeted by an incredible crowd of Syracusans who hope for a definitive return.

St. Lucia has saved Syracuse many times in its most dramatic moments such as famines, earthquakes, wars; she also intervened in other cities such as Brescia which, thanks to her intercession, was freed from a serious famine.

St. Gregory I the Great (590-604), inserted St. Lucia into the canon of the Roman mass. Some quotations are found in the "Summa Theologica” by St. Thomas Aquinas.

Dante makes it the symbol of enlightening Grace and calls himself his faithful. He considered her protector of sight and, as he recounts in the "Banquet”, he often turned to her for healing from eye ailments.

Popular legend has it that the Saint's eyes were ripped out of their sockets, which is why some iconography depicts the Saint with a tray in her hand on which her eyes are placed.

The life of St. Lucia, as often happens for the saints of the first centuries of Christianity, is interwoven with legendary elements; these testify to the enormous veneration that the saint enjoyed and enjoys both in Italy and in the world.

S. Lucia is the patron saint of Syracuse and of many other cities in Italy and in the world: she is considered the protector of the eyes, ophthalmologists, electricians and stonemasons and is often invoked in eye diseases. 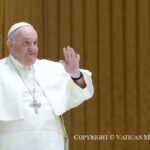 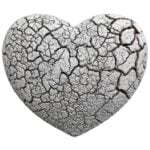 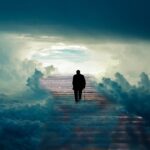 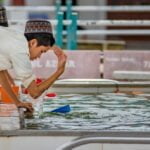