Ferdinand of Aragon, according to tradition he was of Aragonese royal lineage, was born around 1030. He gave himself over to a solitary and contemplative spiritual life, in Italy he was a pilgrim to Rome and to the Sanctuary of San Michele in Gargano. He also came as a pilgrim to Campania, where he stopped in the woods near Caiazzo.

During his life he performed numerous miracles and after his death many have been attributed to him. Considered a thaumaturge since his adolescence, he is believed to have worked on the Caiatini hills, healing the sick, the blind, the crippled and freeing the oppressed from evil spirits; the "reputation of holiness" that was attributed to him prompted the faithful of Caiazzo to elevate him to the chair of bishop, which had been vacant since the death of bishop Argisio in 1070.

While he was on a pilgrimage in the territory of Alvignano, he was seized with a severe fever and after three days, on June 27, 1082, he died. His body was buried in the church of Santa Maria di Cubulteria.

The cult and popular tradition in the province of Caserta

Popular tradition has attributed various forms of veneration to the figure of the bishop, including devotional legends concerning various miracles.

Currently part of the relics are kept in an urn under the statue dedicated to San Ferdinando in the church of San Sebastiano Martire, in Alvignano.

One of these miracles would concern the discovery of his body: his sepulcher, in fact, remained unknown until 1465 when, according to tradition, during the wheat harvest near the church of Santa Maria di Cubulteria, some peasants, after seeing a barrel of wine "to overflow twice", they would have found his body.

After the bishop's decision to return to Alvignano, the mule would get up and the sun would rise again along the way back. Then, following numerous prayers, Filomarino transferred some relics to the cathedral of Caiazzo which were placed in the silver bust of the statue dedicated to Saint Ferdinand.

A third miracle would have occurred in 1656: Ferdinand would have preserved the populations of Alvignano and Dragoni from an epidemic of plague. It is said that the faithful gathered in prayer on Ferdinand's tomb so that every night the basilica shone with lights and that every Saturday of Lent a procession took place near the tomb.

The urn was deposited in a private chapel near the habitual residence of the Saint and remained there until the body of the Saint was transferred to the Church of San Sebastiano to be placed in a valuable eighteenth-century urn after the recent reconnaissance.

The faithful, especially peasants, at the first light of the morning, meet in the locality of "Fraolise" and, having formed a procession with a wooden cross and the effigy of the saint on their head, they head towards the church of Saints Peter and Paul, chanting folk songs and fireworks; here they receive the blessing and leave with the statue towards the Basilica of Santa Maria di Cubulteria (now dedicated to San Ferdinando) where a thanksgiving mass is held for the crops in the fields. Finally the procession returns to the church of Saints Peter and Paul and after a further solemn blessing the assembly dissolves.

June 27: It is the saint's liturgical feast, on the occasion of the anniversary of the death of Ferdinand of Aragon, in memory of the so-called miracle of the plague of 1656, two processions take place at the first glimmers of dawn.

One starting from the church of San Sebastiano in Alvignano with the statue and relics of the saint and the other from the church of the Annunziata in Dragoni and heading to the basilica of San Ferdinando; while the procession coming from Dragoni arrived on the municipal border with Alvignano (on a bridge located in via Ferrari) a bonfire is lit, prayers are recited and hymns are invoked in honor of the saint until the bonfire is consumed, then the procession resumes until reach the basilica where they are awaited by the pilgrims who arrived first from Alvignano.

Second Sunday of July: it is the patronal feast in Alvignano: a fair takes place and the statue and relics of the patron saint are carried from the church of San Sebastiano in procession through the streets of the town. These festivities last for three days.

Third Sunday in July: in Dragoni it is a patronal feast and, like in Alvignano, the patron saint is San Ferdinando d'Aragona. The procession with the statue of the saint starts from the Annunziata church and goes around the town.

First Sunday of August: San Ferdinando is also celebrated in the church of Santi Pietro e Paolo, always in Alvignano; his statue is carried in procession together with the statues of the apostles Peter and Paul, of Sant'Anna and Sant'Antonio di Padova.

October 29: in Caiazzo it is a patronal feast; Santo Stefano Minicillo bishop is celebrated, on this occasion San Ferdinando d'Aragona is also celebrated because, like his predecessor, Santo Stefano they are co-patrons of the diocese of Caiazzo.

Today 27 June is the liturgical feast of San Ferdinando d'Aragona (1030 ca-1082 ca), of Spanish royal blood, bishop of Caiazzo; a great saint who for more than nine centuries has united the communities of Alvignano and Dragoni, of which he is the patron, in a sincere and firm devotion.

The oldest document attesting to its real existence is a parchment from the Caiatino Episcopal Archive dated 1231 which reports «Beato Ferrando confessori in eadem ecclesia quiescenti» and «in ecclesia Sancte Marie de Cornello coram arca beati Ferrandi». More precisely, this notarial deed was drawn up in the current church of San Ferdinando in Alvignano and exactly in front of the tomb of the «blessed» Ferdinando.

However, it should be clarified immediately that ours should not be confused with another saint of the same name, Saint Ferdinand III (1198-1252), king of Castile and Leon. This inaccurate interpretation is debunked by the notarial deed just mentioned and drawn up 21 years before the death of the Spanish king, which took place precisely in 1252.

At this astonishing news, the Caiatino bishop arrived on the site with the clergy and by having the stone removed, the forgotten burial of Saint Ferdinand was found. Then there were many supernatural impediments of the saint to prevent his relics from being transferred to the cathedral of Caiazzo, and so they were placed under the high altar of the basilica of Santa Maria in Cornello di Alvignano.

In local tradition, the saint was used above all against plagues and fevers, but probably the greatest miracle recognized to him was the liberation of Alvignano from the famous plague of 1656 which struck the entire Kingdom of Naples, decimating half of its population. It is said that during the epidemic the basilica of San Ferdinando was illuminated at night by a supernatural light, confirming its protection.

But tradition has also handed down to us that our saint belonged to the Aragonese royal family. The same sovereign, in fact, confirmed his kinship with Saint Ferdinand and in one of the vaults in which he lived in Caiazzo he took for himself a silver basin and mug which according to tradition had belonged to the saint, repaying the cathedral with a good reward caiatina.

The cult of Saint Ferdinand crossed the borders of the Caiatina diocese when in 1626 Bishop De Sio donated the jaw with teeth to the Holy Roman Emperor Ferdinand II of Habsburg. After various vicissitudes, this relic was transferred to Piedmont, to Casale Monferrato, where it is still kept in the chapel of the relics of the Sanctuary of Crea.

Finally, the fourth and most important bust is a magnificent work in silver kept in the cathedral of Caiazzo and made in 1706 by the famous Neapolitan goldsmith and silversmith Matteo Treglia, best known for having made the miter of San Gennaro kept in the Museum of the Treasure of San Gennaro in Naples.

Therefore, the inhabitants of the diocese of Caiazzo - of which Saint Ferdinand is co-patron - are custodians of such a spiritual, historical, artistic and human heritage, which today, to the sound of the festive bells, inaugurated by the one placed in Caiazzo and dedicated to the saint, will be able to pay homage to a great bishop, a perfect model of Christian, and will be able to make themselves capable of a new evangelization and the rebirth of Christianity in the diocese.

PreviousPrayer of June 26, 2022Next postThe Word of June 27, 2022
wedding ringanniversariessaintshistory 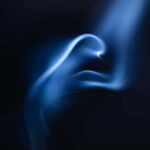 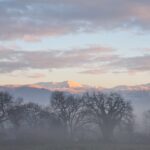 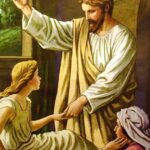 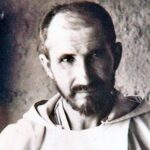