Together in Holy Easter 2020

WORDS OF THE HOLY FATHER

Let us seek Him, let ourselves be sought by Him, let us seek Him in everything and above all. And with Him we will rise again. (Homily at the Vigil of Holy Saturday 20 April 2019)

In those days, Peter spoke up and said: «You know what happened throughout Judea, starting from Galilee, after the baptism preached by John; that is, how God consecrated Jesus of Nazareth with the Holy Spirit and power, who went about doing good and healing all those who were under the power of the devil, because God was with him.

And we are witnesses of all that he did in the region of the Jews and in Jerusalem. They killed him by hanging him on a cross, but God raised him on the third day and wanted him to reveal himself, not to all the people, but to God's chosen witnesses, who ate and drank with him after his resurrection from the dead .

And he ordered us to announce to the people and to testify that he is the judge of the living and the dead, appointed by God. All the prophets give this testimony to him: whoever believes in him receives forgiveness of sins through his name" .

From the letter of Saint Paul the Apostle to the Colosseums
Col 3,1-4

Brethren, if you have risen with Christ, seek the things above, where Christ is, seated at the right hand of God; turn your thoughts to things above, not to those of the earth.
Indeed you are dead and your life is hidden with Christ in God! When Christ, your life, is revealed, then you too will appear with him in glory.

GOSPEL OF THE DAY

On the first day of the week, Mary of Magdala went to the tomb in the morning, while it was still dark, and saw that the stone had been removed from the tomb.

Meanwhile Simon also arrived Peter, who followed him, and entered the tomb and observed the cloths laid there, and the shroud - which had been on his head - not laid there with the cloths, but wrapped up in a separate place.
Then the other disciple also went in, who had reached the tomb first, and he saw and believed. In fact they had not yet understood the Scripture, that is, that he had to rise from the dead. 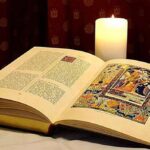 The Gospel of the day
Holy Easter 2020 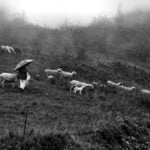 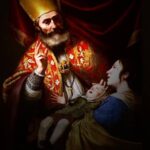 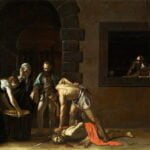 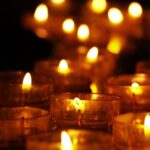